Cyberrats is a LUMEN game, based on the system created by Spencer Campbell. 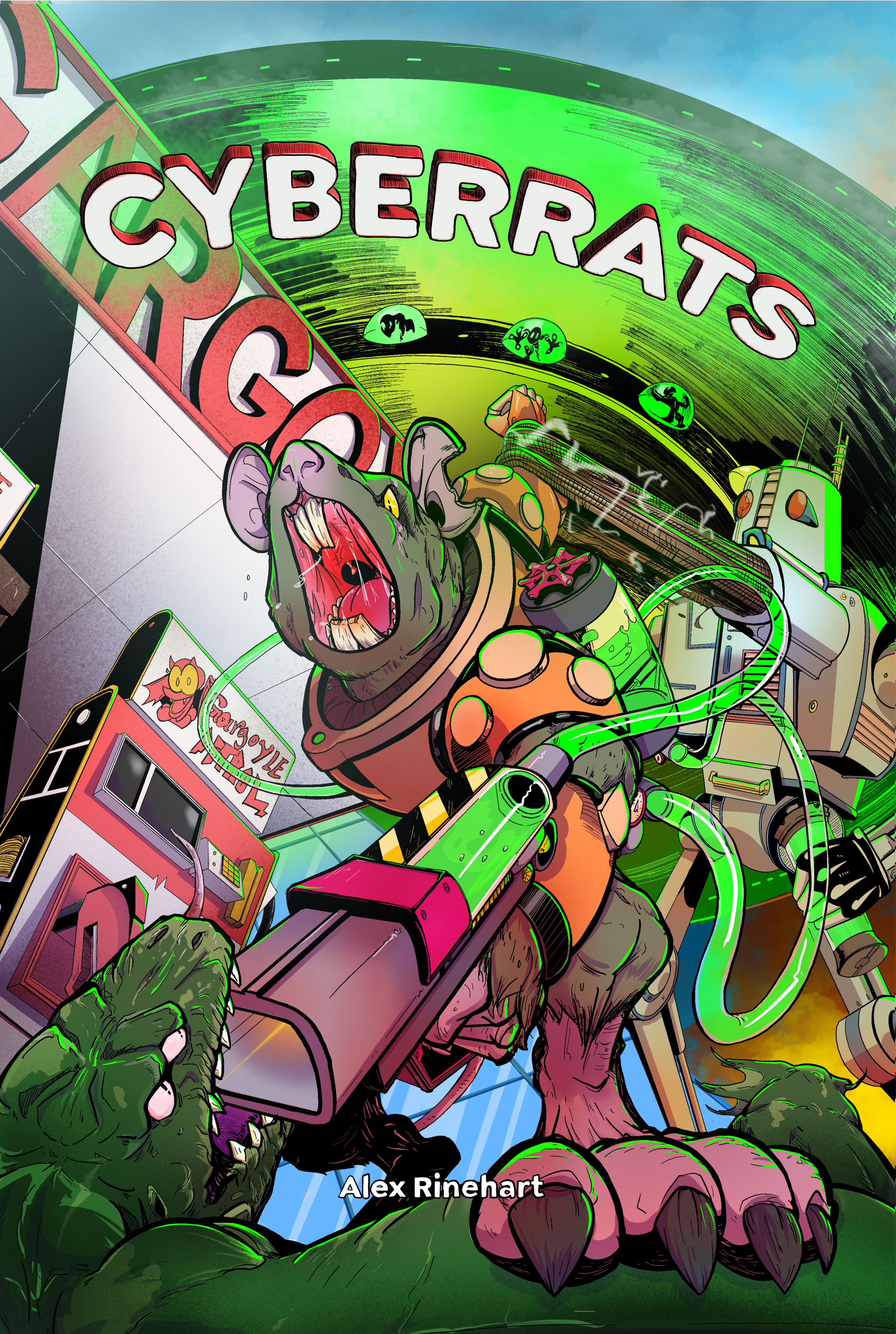 You are genetically engineered Operatives addicted to Biotech, a glowing gel that gives you superhuman powers.

The world is being invaded by extraterrestrials known as Interlopers. You have been employed by a megacorp to ensure that the aliens don't win, and that if they are stopped, it's you who does it, and not some rival corporation.

Winning won't be easy. But it also won't be enough. The right corp must get credit.

Can you stop the aliens? Will you sabotage the military to steal equipment and defense contracts from your competitors? How many Operatives will you lose before you taste victory?

The year is 2096. The situation is dire. All thought has been delegated to computers. Most of humanity works for one of the three megacorps. After all, you gotta serve somebody, right? Until now, you’ve probably been a worker drone. Nothing special, just someone marginally cheaper to train than a machine is to program. But things are changing now. Now that the invaders are here. There’s a lottery for soldiers and your number’s just come up.

Will you survive enough to become a soldier? Or just long enough to realize what they’ve done to you? 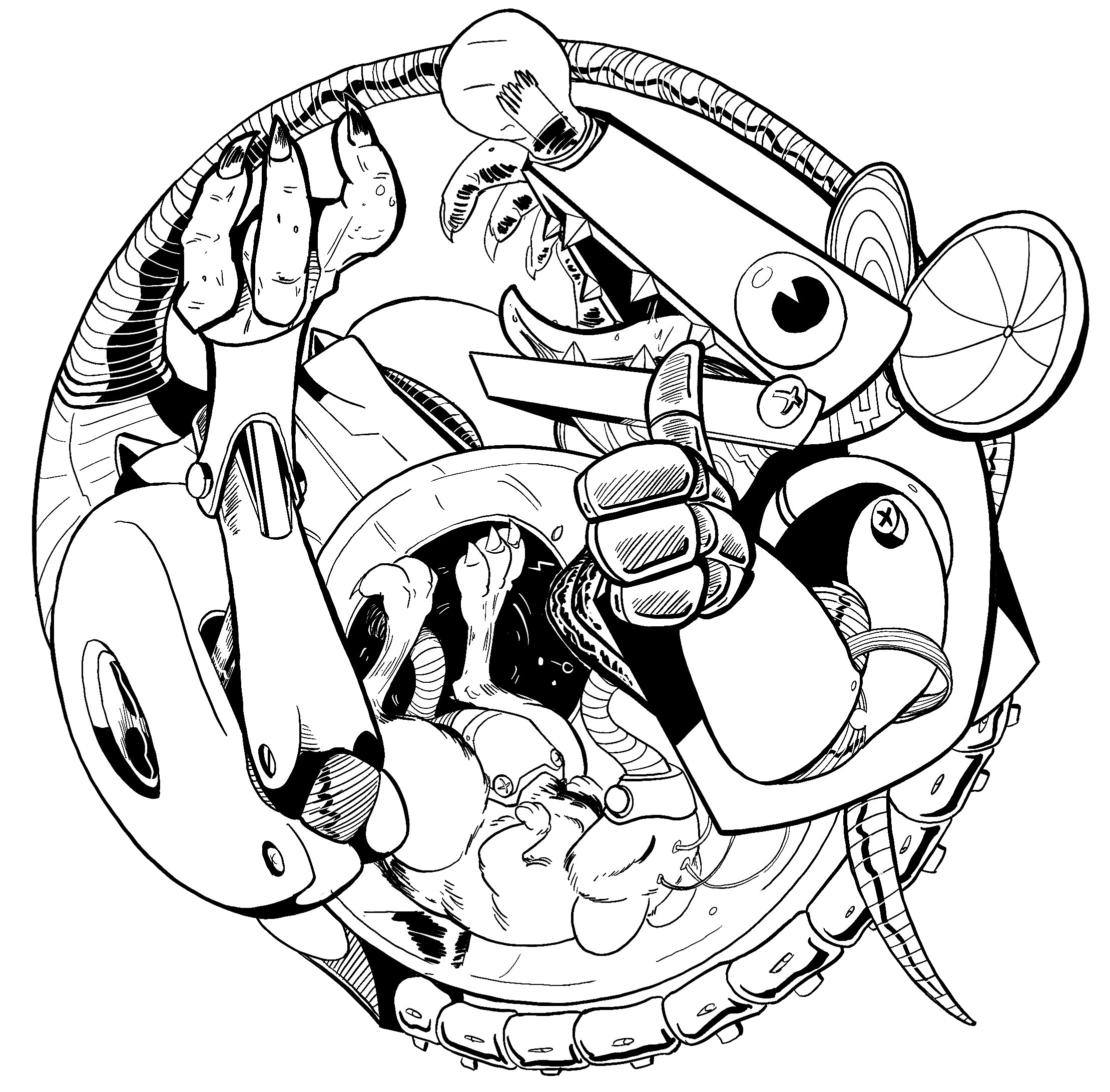 Cyberrats was inspired by games like Atlas Reactor, XCOM, Shadowrun, and Band of Blades. Players will control two Operatives who have been genetically engineered, and/or a giant rat. Operatives go on missions, fighting the military, the invading aliens, or members of other megacorps.

At the start of the game, all Operatives are easily expendable interns, but quickly gain XP and learn powers that they can fuel with Biotech.

The game includes guidelines on crafting missions and a ready-to-play campaign that forces players to make sacrifices as they manage various lose conditions.

After each mission, Operatives who survive earn XP which can be spent on better gear, new powers, and buildings that offer passive bonuses. That's right, this game has base building! 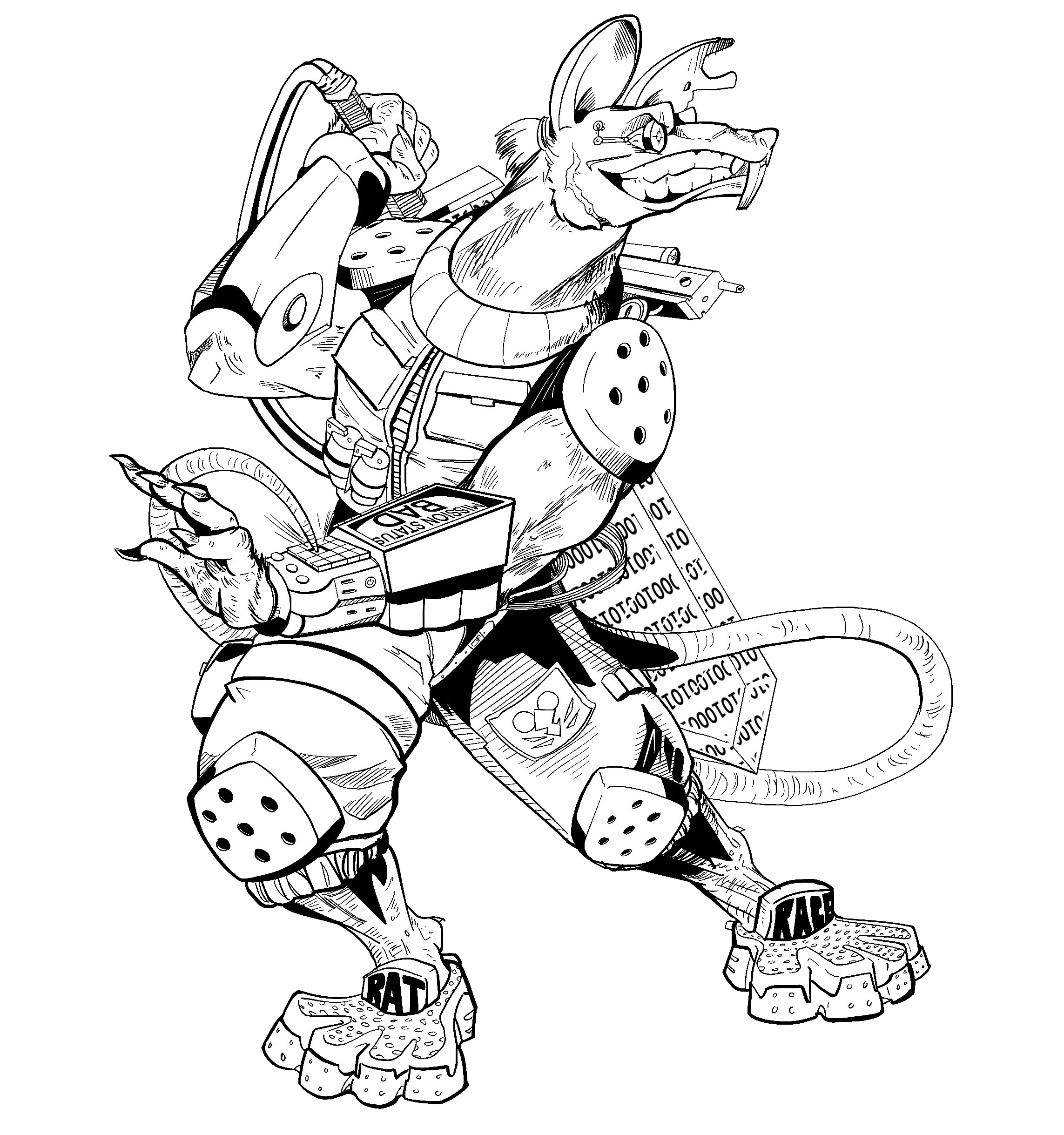 Included in the game are 4 careers:

The weapon specialist Trenchy,
The hacker Vector,
The Psychic freak Mindjob,
And the way-too-genetically-modified, even by our standards Ratter.

The text of Cyberrats is  licensed under the Creative Commons Attribution 4.0 International License. To view a copy of this license, visit http://creativecommons.org/licenses/by/4.0/.

This means you are free to copy, modify, or adapt this work however you wish, and even sell your creations as long as you attribute Idlewild Games.

In order to download this game you must purchase it at or above the minimum price of $12 USD. You will get access to the following files:

Support this game at or above a special price point to receive something exclusive.

If you are not able to responsibly purchase this game at the price listed above, please feel free to grab a community copy, no questions asked.

If you are not sure if you would enjoy this game, please feel free to grab a copy, and consider buying one at full price if you find out that you do.

Love this! Takes me back to my childhood; Biker Mice from Mars, Bucky O'Hare... can't wait to craft stories like that at my table.

I'd love to hear about the stories you tell with it!

Just stumbled across this! Do you have a mailing list or way for me to find out when it's released?

I think if you follow this project, you'll get updates. Otherwise, if you sign up for a newsletter on solipstry.com, I'll send an update when we go live. Current estimate is June.

Thanks for the interest!

Follow up, in case the update didn't reach out: we released Cyberrats today!

I got the chance to sneak a peek at this in development, don't miss this one! 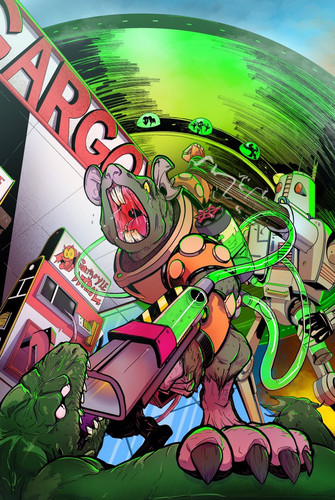